Skip to content
Festive Season Offer: Get 20% Flat Off on All Orders,Use Code : FESTIVE20 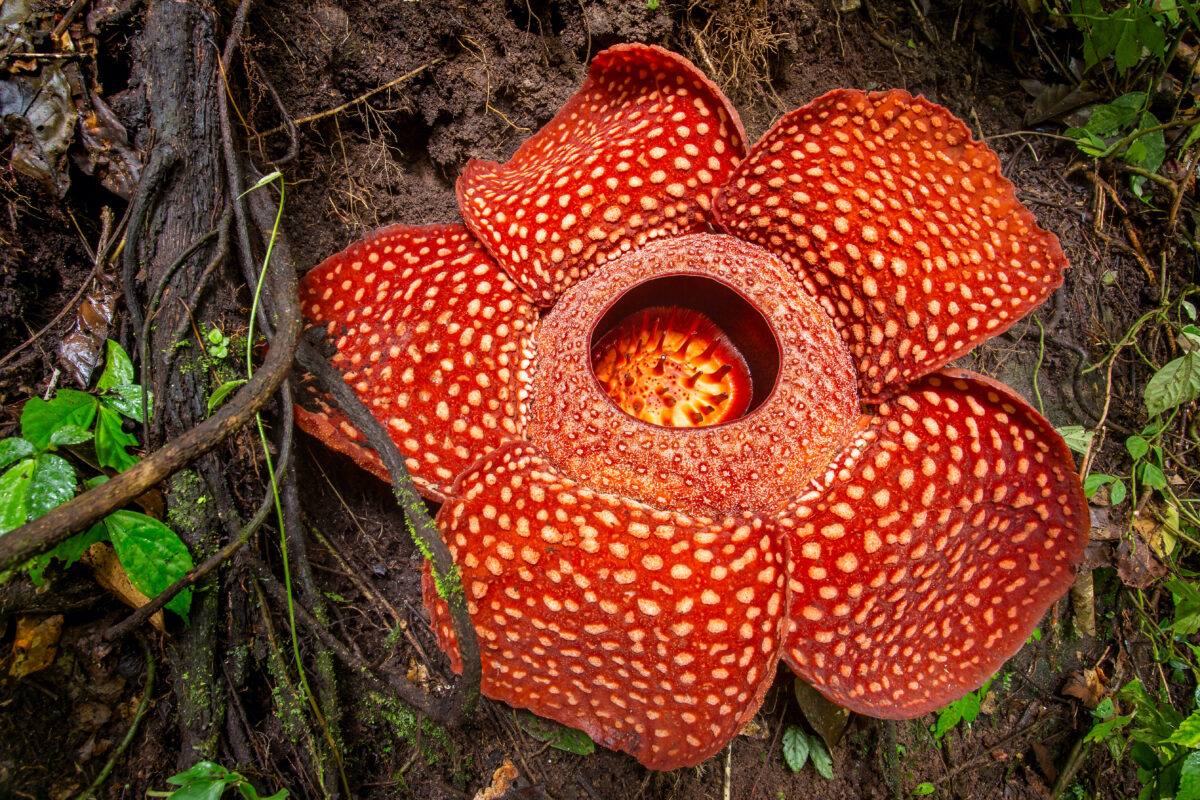 If you want to know more about this very unique flower, then you must keep reading this interesting write-up on Rafflesia Arnoldii.

History of the Rafflesia Arnoldii flower

The world’s biggest flower rafflesia is named after Stamford Raffles, a British Lieutenant-Governor under whose expedition, British surgeon Joseph Arnold found the flower on the island of Sumatra in 1818.

Sadly, the surgeon passed away soon after the discovery and it was botanist Robert Brown who studied the materials he collected. However, it was French explorer Louis Augustus Deschamps who was the first European to collect a sample of this flower in Java in the year 1797. His notes and samples were confiscated when returning to France by the British as at that time, the two countries were at war.

The notes and related studies were later discovered in the British Museum of Natural History in 1954. It is assumed that the British purposefully “lost” his notes and documents so that they could claim to have discovered this world’s largest flower. 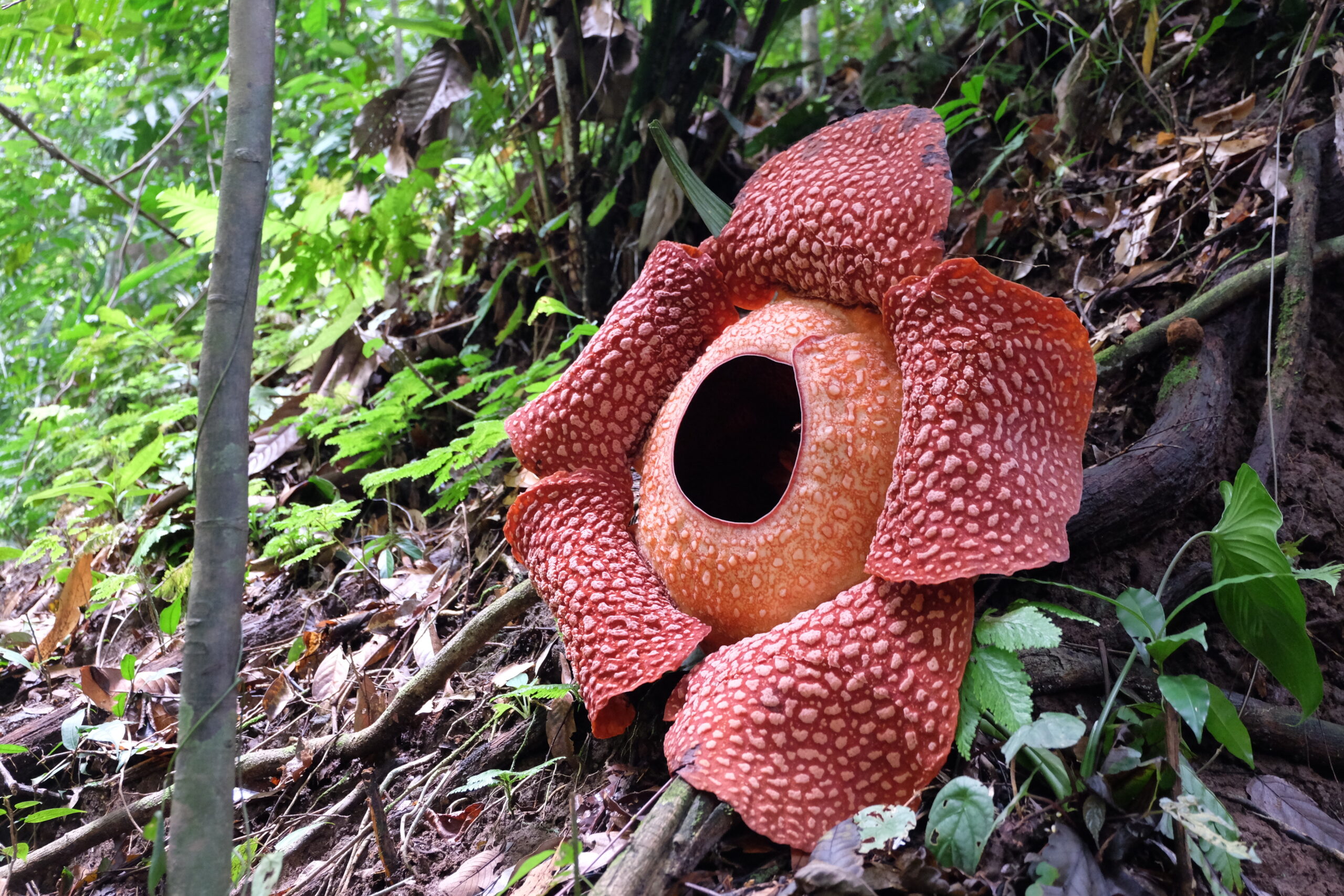 What is the Rafflesia flower? How big it is?

Rafflesia flower is also known as the giant Padma or corpse flower is native to the island of Sumatra in Indonesia. The local name of the flower is “kerubut” and is one of the three national flowers of this island nation. It belongs to the Rafflesia genus and is only found in the Southwest Asian rainforests.

Rafflesia flower can grow up to the size of 3 feet and can weigh nearly 20 pounds. This is a parasitic plant which means it grows with the help of a host plant. The funny thing is, the plant that rafflesia depends on as a host, Tetrastigma, is in itself a parasitic plant! It has to depend on the surrounding plants to climb up to reach sunlight.

What kind of soil and temperature does the Rafflesia flower need?

The flower can grow in hosts that can grow in alkaline, acidic, and even neutral soil. The flower does not grow if it is very far from the nearest water source. It can grow at an altitude ranging from 490 to 1024 meters. 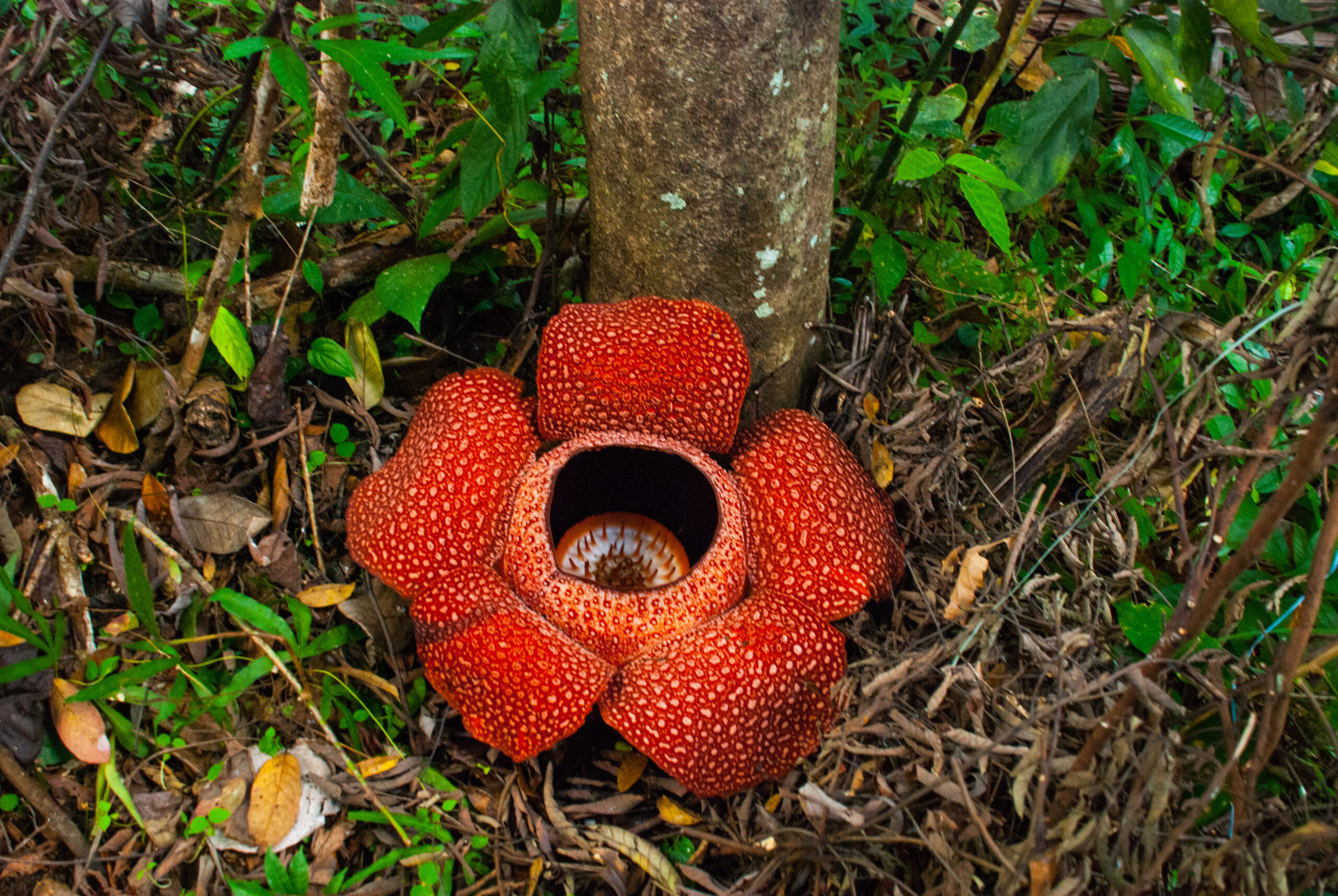 There are many reasons why Rafflesia arnoldii is a unique flower. To start with, it does not have leaves, stems, or even roots. It doesn’t even have chlorophyll to photosynthesis its own food. They draw their nutrients from the host plant. In this regard, they are more like a fungus than a flower.

You cannot even see this plant while it is growing in the host plant; only when it is time to reproduce, this plant becomes visible in form of a giant flower.

The buds of the flower are dark brown or maroon and look like a cabbage. The buds are also the largest buds in the world, and the largest one ever to be recorded was 43 cm in diameter. Once the flower blooms, it is reddish brown colour.

Another unique thing about this flower is its smell; it smells like a rotten corpse! Hence it is also called the corpse flower. 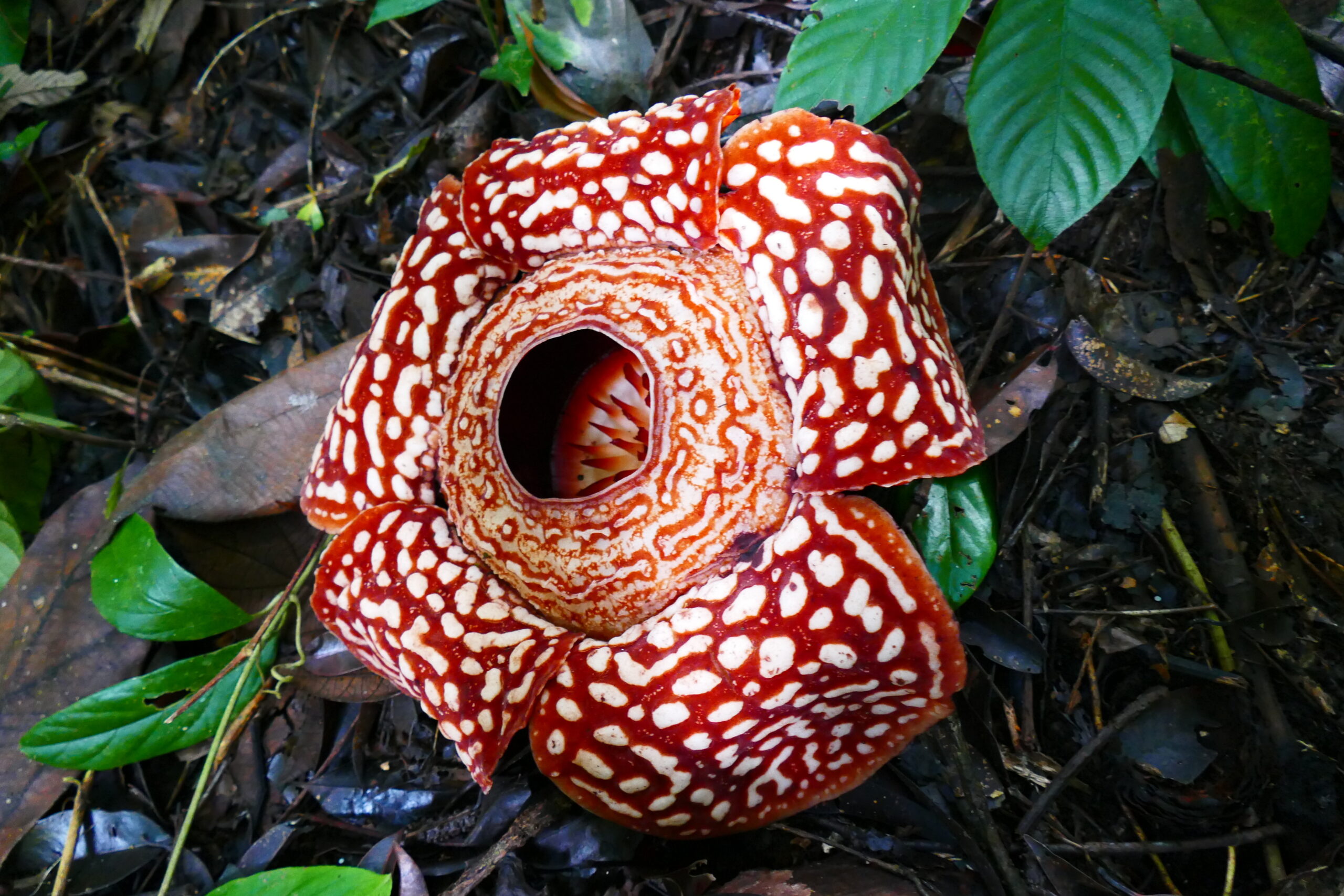 How does the Rafflesia arnoldii plant reproduce?

As said before, the Rafflesia arnoldii flower is only visible when it is time to reproduce. The buds take many months to turn into a flower, and the flowering time of the plant is just a week.

The flower is “gonochorus” which means it is either a male flower or a female flower. Hence it needs help in pollination, and the two types of flowers have to bloom near to each other to pollinate.

The smell of the flower is to attract beetles and flies which helps them in pollination. Once successfully pollinated, the fruits look like round berries and have multiple minute seeds. Small animals like squirrels and birds feed on this fruit which leads to seed dispersion.

Can Rafflesia arnoldii flower be cultivated?

Cultivating this biggest flower in the world is not possible as it requires a very unique environment starting from the host plants to the animal needed for pollination. Moreover, this flower stinks very badly and blooms only for a week. Hence the only way you can see this flower is in nature.

Where can we see Rafflesia arnoldii?

The world’s largest flower Rafflesia arnoldii grows on the island of Sumatra, and other species of the Rafflesia genus can be found in neighbouring countries of Malaysia, Philippines, Thailand, and other islands of Indonesia.

As more and more people pay attention to this flower, ecotourism surrounding the blooming of Rafflesia arnoldii is growing fast in Indonesia and also in Thailand. Kao Sok national park in Thailand is one place where you can find this flower.

Is this Rafflesia arnoldii flower under threat?

The habitat of the world’s largest flower Rafflesia is under threat due to human activities. Sadly, ecotourism which bought the world’s attention to this flower is also the reason why the flower bloom is decreasing slowly. People also poach the buds which are sold for medicinal purposes.

Conservation activities are going on in Indonesia as well as Malaysia to save the flower in its natural habitat. In fact, among the various species of Rafflesia, 2 have already become extinct since Second World War. Rafflesia Arnoldii is under threat itself, and the government of Indonesia has started taking steps to save this flower. Malaysia has marked a federally protected rainforest in the western part of the country to save these giant flowers.

So, these are some of the interesting things you should know about Rafflesia Arnoldii the largest flower in the world. Not only is it the biggest flower, but it is also perhaps the world’s stenchiest flower!

Trilock Chand Saini, a green thought leader loves to pen his experience to help the urban plant parents. His aim is to reduce the carbon footprints on this earth by encouraging people to take up gardening as a hobby. He comes up with tips and tricks that he has curated by his years of experience in gardening. He deals with different houseplants, edible gardening, and flower gardening all through the year. View all posts by Trilock

Subscribe to our email newsletter for Plant Tips, Gardening Etiquette and amazing selection of our houseplants